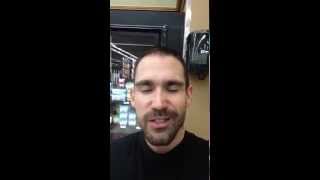 Whether it’s for your baked potato, your toast or your popcorn, having a some sort of spread on it, almost seems like a necessity. Although all spreads improve texture and taste and provide some sort of fat content to your meal, the differences between them are striking, with some providing beneficial healthy fats, while other harm your health.

While there are many spreads to choose from in the grocery store, this video focuses on three: Butter, margarine, and coconut oil.

When the labels are examined between margarine and butter, you’ll find the the fat content and calories on both are the same. This could lead someone who is trying to lose weight and make healthy lifestyle decisions, to decide that they’re equally healthy. Nothing could be further from the truth. When you examine the “nutrition facts” further, you’ll see that there is more saturated fat in butter than in margarine, and this is what lead so many government “health experts” since the 1980s to say that margarine was a healthier alternative to butter because saturated fat clogs arteries. They were wrong and many people have died as a result. To this day, no apology has been given. Thanks government.  Margarine is also cheaper because it’s ingredients are made in a laboratory instead of from a cow which has to be at least minimally cared for.

We now know today, and this is settled accepted science, that “trans fat” aka “partially hydrogenated oil” is the real killer. Avoid it at all costs. In fact, the FDA is slowly taking steps to ban it in the United States and other countries have made it illegal to produce food with trans fat for decades. The United States government has 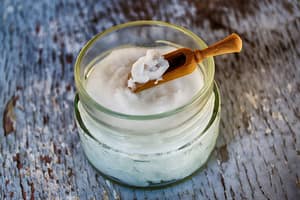 caused untold harm by allowing this product in the U.S. food supply for so long. Butter is a healthier alternative than margarine.

But if you’re looking for an alternative to either of these, coconut oil (organic and unrefined only) is a great bet. It can also be used an oral cleansing agent through the practice of oil pulling. You won’t believe how effective the science says it is. Coconut oil is high in saturated fat and even today is still being demonized by western doctors. Current research is conflicting whether or not coconut oil increases cholesterol.