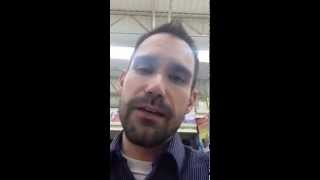 If a company were ethical, one would assume it’d be very careful when formulating a product designed to keep children healthy. If a company uses chemicals that are known to cause harm in products designed to benefit children, we should start to become skeptical of that company. When that same company has ties to chemical war crimes in Nazi Germany, we can conclude perhaps we don’t want our children taking that product. I’m not kidding folks, buckle up for this one…

Bayer,the company that produces Alka Seltzer, Flinstone Vitamins, vaccines, and host of other drugs, only exists today because its the subsidiary of IG Farben, the company which profited from selling gas to exterminate the Jewish population during World War II. Creepy. This information is perhaps worth sharing with a Jewish friend, who may not be aware of this company’s connection to Hitler. 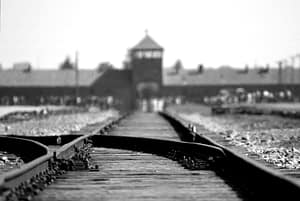 Now, just because a company has a (very) shady history, doesn’t mean they’re still acting unethical. So lets take a peak at what kinds of chemicals Bayer is using. As explained in this video, Bayer loves using the chemical aspartame in its Flinstone Vitamins.

It’s difficult to even put into words how destructive and insidious the ingredient aspartame is. A history lesson: In 1980 the FDA banned aspartame after it was confirmed (using 3 independent scientists) that it might induce brain tumors. Less than a year later (with no further research) the chemical was approved to be in our food by FDA Chief Arthur Hayes who left the agency two years later after a bribe scandal. Donald Rumsfeld and Monsanto made millions on this chemical, but thousands of people were reporting health problems. So finally, in 1995 thanks to a freedom of information act request, the FDA was forced to release its records of over 10,000 consumer complaints of 92 different side effects. The FDA’s own toxicologists told Congress that “Without question” aspartame can cause brain tumors and cancer and that it should be considered illegal and that the company’s research was “built on a foundation of sand.” Talk show host Montel Williams once said, “MS is often misdiagnosed, and that it could be aspartame poisoning.”