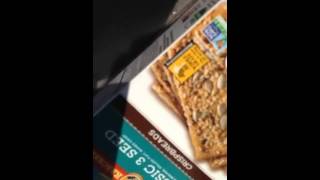 How’d he do that?

Now many of you may be saying, well it’s only 10 cents. And a dime is nothing to get excited about, but consider that it was just one apple. If I had purchased 10 apples, we’d be looking at savings around $1. Again, nothing to get too excited about, but we can combine this tactic with other produce savings tactics below and over the course of your lifetime, the savings start to add up. 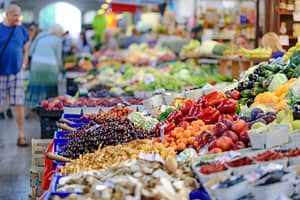 One of the biggest excuses for not eating healthy is that healthy food is too expensive. There is a lot of truth to this, however, it’s also true that we often ignore very simple ways to reduce food costs.

Here’s another example: There are two kinds of produce signs at the grocery store, one is by weight, like the apples in the video ($2.99/lb for instance) and the other is by item (3 cucumbers for $1.00). If you’re being charged per item, you should look for the largest pieces of produce available. You’d be surprised how much bigger a watermelon or cucumber can be than the one sitting next to it on the shelf. Of course, if the item is priced by weight, this trick will not work.

2 thoughts on “Saving money on produce”