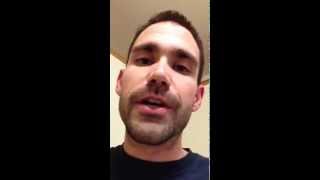 Reduce contaminants without a water filter

What if there was an easy way reduce contaminants in your drinking water, without needing to purchase fancy equipment, and it only took a few seconds? In this video, I’m going to show you how you can do just that and I’ll back up my claim with a test to prove it works.

A TDS (Total Dissolved Solids) Meter is an inexpensive and great tool I recommend to anyone who cares about, or who is curious about contaminants in their drinking water. While a TDS meter doesn’t tell you which specific contaminants are in your water, it’s provides a great starting point to let you know if there’s a problem with your water. TDS meters can also be used to ensure that your drinking water filter or shower filters are working properly. For instance, if you know that there are 150 ppm dissolved solids in your drinking water at baseline, and you test your water again after filtering it, and the reading is lower than 150 ppm, we can conclude that some contaminants were indeed removed. 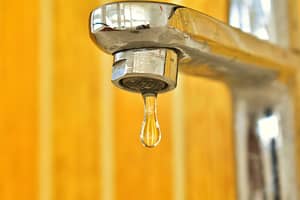 Keep in mind that there are minerals in water that are healthy, so a water with a TDS of zero isn’t necessarily the healthiest. However, the government doesn’t put vitamins and minerals into our drinking water, so removing what’s in there is recommended.

So what’s in our drinking water that you may want to remove? According to a 5-month investigation by the USA Today and The Associated Press in 2008 –  there are residues from pharmaceutical products in our drinking water. Specifically, birth control and antibiotics.  This is on top of the chemicals that your local municipality likely adds to the drinking water such as sodium fluoride. A 2012 Harvard study on sodium fluoride concluded, “Fluoride seems to fit in with lead, mercury, and other poisons that cause chemical brain drain…The effect of each toxicant may seem small, but the combined damage on a population scale can be serious.”

Chlorine is added to drinking water to kill harmful bacteria and that’s a good thing. However, it also kills friendly bacteria that is helpful for our intestinal flora. Making matters worse, it can cause cancer according to USA Today and a 2020 John’s Hopkins study.

Keep in mind the trick in this video, will not remove sodium fluoride or pharmaceuticals, you’ll need a water filter for that. However, it will help remove contaminants from metal piping, such as lead and as the quote above illustrates, it will help lessen the cumulative effect of these toxins.

How to take action

*Many cities have recently banned sodium fluoride from being added to drinking water. If you feel so inclined, you can get involved and petition/protest your way to similar measures in your city.

*Erin Brockavich, who was portrayed by Julia Roberts in the self titled 2000 film about her efforts to ensure clean drinking water, is active on social media and full of incredible content. Connect with her and you won’t regret it.