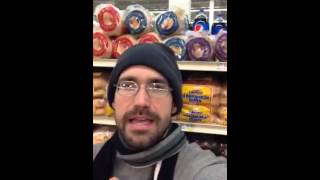 Did you know there is a “secret” code on the bottom of plastic containers that can act as a warning, if you’re educated about how the code works? In this video, we’ll dive into the mystery so you can better protect you and your family.

Plastic is unfortunately leaching into the food and drinks that we eat. So knowing the specific ingredients in the plastic, and what their side effects are, can be helpful. Big disclaimer though, just because today’s mainstream science hasn’t yet indicted a specific plastic, doesn’t mean it’s not harmful. New information is regularly 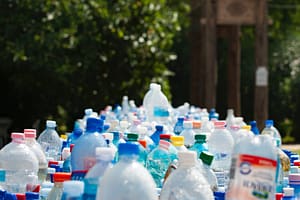 coming out about these chemicals and their potentially harmful effects.

I generally advocate for reducing or avoiding plastic altogether (Glass for the win!), but today’s science tells us that the three worst plastics used today are numbers “3, 6, 7” These numbers can be found on the plastic container itself (usually on the bottom) with a triangle around them. The triangle looks similar to a recycle symbol.

“Three” is going to be your clue there’s PVC in that plastic. PVC has a nickname of plastic poison and you can google that yourself and learn a lot about it. The number “six” is one of the worst of the worst. “Seven is actually a hodgepodge it was meant to be sort of a catch-all, but BPA is one of those chemicals that’s in that catch-all so just to be safe you’re going to want to avoid it.

Milk jugs, styrofoam plate, Solo cups, are all other examples of popular plastics with these codes on them. If they touch your food, it’s wise to be aware of what’s in them. “Leaching” is especially a concern at high temperatures, for instance, a water bottle left in a vehicle on a hot summer day. Or a plastic food container left in an un-refrigerated truck traveling from a food manufacturing facility to a grocery store.

Styrene, the chemical in Styrofoam is “reasonably anticipated to be a human carcinogen” according to 10 experts in toxicology, chemistry and medicine at the National Research Council (2014).