With Covid-19 hysteria, people are paying more attention to hygiene and hygiene products. Below, I’ll explain why I believe hand soaps are a far superior option to to liquid hand sanitizers and I’m also sharing with you 20% off my favorite soap on the planet, just by reading this page. To get 20% off your entire order of Watkins Originals Soaps just click this link and use promo code: tonyshealthtips during checkout). Full disclosure, the soap company is run by my sister, she uses great ingredients and I full trust my largest organ (the skin) with her products. 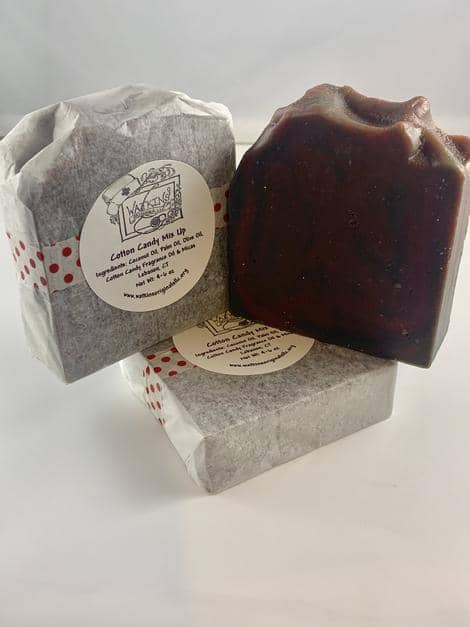 As you’ll read below, soap ingredients are a revolving door of banned harmful chemicals. Soap companies use harmful ingredients for years until the science catches up. When the science does finally prove them unsafe, the industry simply replaces the ingredient with another questionable recipe. This pattern, which is also prevalent in with BPA-like chemicals the plastics industry, has been going on for years.

This pattern prompted the National Resource Defense Council Scientist Kristi Pullen Fedinick to say that U.S. citizens should ,“not be the testing ground for unproven chemicals……Chemicals with data gaps in safety and efficacy should not end up in the homes of unsuspecting consumers.”

In July alone, the Food and Drug Administration (FDA), issued four different alerts about dangerous hand sanitizers. Despite the fact that the FDA acknowledges that ethanol-based hand sanitizers are increasingly contaminated with the dangerous chemical methanol, and we know methanol in hand sanitizer is killing people, the Center for Disease Control (CDC) continues to recommend hand sanitizers which contain at least 60% ethanol. 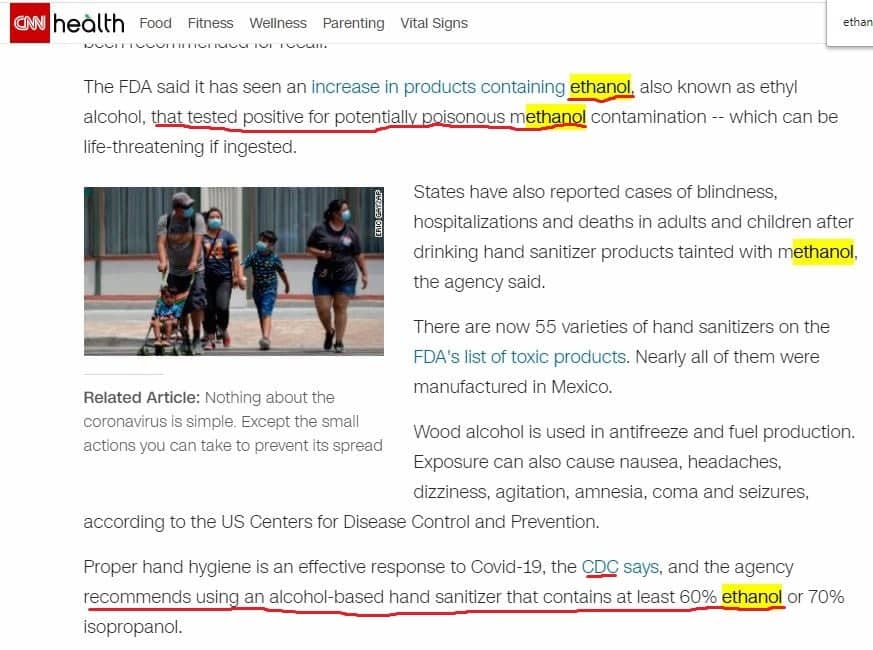 Ethanol being contaminated with methanol is nothing new, but it’s becoming more common and the creepy thing is nobody knows for sure why it’s happening, there are only theories. What’s alarming is that while ethanol contamination in hand sanitizers is getting headlines, nobody is talking about recalling other products containing ethanol – in fact there’s not a whisper about even testing other products to see if, they too, are contaminated. Ethanol is used in the production of perfumes, medicines, drinking alcohol, and even the waxes on produce in the grocery store which you can read more about in this health tip.

Concerns with hand sanitizers don’t stop with methanol contamination. In 2014, Minnesota became the first state to ban the ingredient Triclosan. Unfortunately, the ingredient remained in products until 2017 because the state government gave the industry three years to phase the chemical out. When the FDA banned the ingredient, it did so only only in soaps (it’s still found in mouthwashes and toothpastes).

The FDA has (finally) acknowledged the science is concerning on triclosan, noting:

“Some short-term animal studies have shown that exposure to high doses of triclosan is associated with a decrease in the levels of some thyroid hormones. But we don’t know the significance of those findings to human health. Other studies have raised the possibility that exposure to triclosan contributes to making bacteria resistant to antibiotics.” – FDA, late to the science party as usual

One study found that the “appearance of liver tumors in mice following 18 months of exposure to 0–200 mg/kg/day triclosan in diet.” In urine studies, triclosan was found in 75% of the population. Another study found it in 100% of pregnant women in New York City.

But triclosan is one of many chemicals in hand sanitizers (and soaps) to be concerned about. Sufficient research doesn’t need to be done on products prior to going on the market. Instead, the FDA allows the industry to conduct its own research and submit it to the agency after it’s already on the market (seriously). So, products are constantly being banned after harming us. In fact, last year, the FDA banned 28 more ingredients in hand sanitizers and soaps.

I am a big fan of bar soap over hand sanitizers and pump soaps, but not all soaps are created equal. Most mainstream soaps (the ones you see advertised on television) contain dyes, and other chemicals that one day might end up being banned by the FDA after being on the market. For instance, triclosan’s most common replacement in soaps, the pesticide chloroxylenol, killed sprague dawley rats in Environmental Protection Agency (EPA) studies at very high doses.

A general rule of thumb for finding healthy soaps is finding labels with the least amount of ingredients, and with ingredients you can easily pronounce. That’s why I’m absolutely in love with my soaps from Watkins Originals.