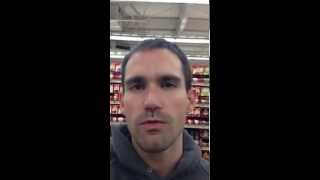 Spraying agents like Crisco and Pam, are a classic example of food manufacturers using dirty tricks on their food labels to make a product seem healthier than it is. As explained in the my TED TALK, it’s important to focus on the ingredients in a food label, rather than the math (calories, fat, etc.). As explained in this video from the grocery store, if you were to just look at the math on the label you would be led to believe these sprays are harmless or as healthy for you as drinking a glass of water. After all, both water and these sprays have a bunch of zeroes on their label. 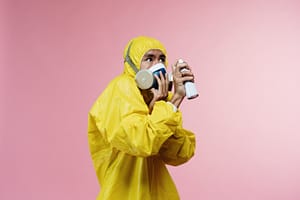 However, the truth is revealed when you look at the ingredients and the serving size on the label. One fourth of a second of a spray? One fifth of a second of a spray? These incredibly unrealistic serving sizes, allow the food manufacturers to round down the math on their label, and put zeroes. But if they were forced to put a more honest serving size, perhaps a second or two of spraying, the math would be more honest. Why? Because these food companies are legally allowed to round down the math. In other words, if there is .49 grams of trans fat in a product per serving they are allowed to call it zero by rounding down. So food manufacturers try to get away with the smallest serving size possible that will allow them to round down.

I don’t recommend non-stick pots and pans because they’re coated with chemicals which are extremely harmful. So what’s a safer alternative. I recommend coconut oil to help items no stick on pots and pans. You can read more about coconut oil here.

Not only does the non-stick chemical PFOA leach into your food, but also into the air while cooking causing a highly toxic gas which veterinarians have known for year can be deadly to pet birds. In one year alone, a veterinarian in Chicago detailed nearly 300 bird deaths in 100+ separate incidents involving non-stick cookware.

Even the EPA acknowledges this chemical remains in people for a long period of time and causes adverse developmental effects and reactions. While there have been no documented human deaths, I argue these birds are our “canary in the coal mine.” Often, chemicals that kill smaller species on contact (pesticides, certain doses of radiation, fluoride for instance) seem harmless to humans but are “soft-kill,” that is to say, they won’t kill a human on contact, but cumulative exposure causes a diminished quality of life or disease which eventually can contribute to death. Those with allergies or who are pregnant should replace Teflon and non-stick pans immediately as scientific literature suggests a causal link between Teflon gases and both allergies and low birth weight.