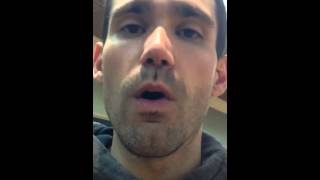 How ’bout them apples?

Too often, produce in grocery stores has a wax added to it that is designed to make the produce last longer. This wax is a preservative that is added to the apple to help increase profits for grocery stores – not to make you healthier. These two videos breaks down this creepy produce wax, and show you the difference between organic apples and conventional apples in the grocery store. If you walk through an apple orchard, or even a farmer’s market, you will not see shiny apples like you see in the grocery store. This wax is added, without telling you, and at the expense of your health.

There are a wide variety of waxes used to coat produce in grocery stores, and some are healthier than others, but 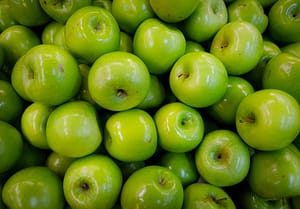 good luck researching and trying to figure out which wax was used on your apples. A common wax is ethanol based, and contains corn and oil. According to the Australian government, ethanol can depress the central nervous system, the eyes and upper respiratory tract (nose and throat), ethanol can cause irritation, headache, fatigue and loss of concentration.

This is the same major ingredient used to make floor wax. Notice how similar the shine from the floor wax and the wax on the apple look in the video. Why in the world would you want corn and oil in your apple? You don’t, and grocery stores know that if they disclosed this, you’d be less interested in their product, so they keep it a secret and hope you don’t notice. Milk casein, cow, chicken and pig bones are also used as a wax, so vegetarians and vegans should take note.

Perhaps on a subconscious level we might be more attracted to shinier apple because it looks more fresh and cleaner than an apple without the shine. Oranges peels are routinely colored with the food dye “Citrus Res-No. 2” to make the peels more orange. Hopefully after seeing this video, you can be aware of this hidden ingredient and you never look a grocery store apple the same.

And speaking of apples, make sure you check out this clip to see Tony saved 10 cents after buying the exact same apple twice at the grocery store.

1 thought on “Hidden ingredients in produce”