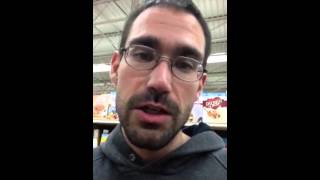 Reading labels in the grocery store

Unfortunately, due to consumer ignorance and government regulatory failure, some of the healthiest labeled items in your grocery store, are actually some of the worst for you. For a video on the absolute worst item in the grocery store, click here.

Focus on the ingredients

As outlined in my TED TALK, when reading food labels, you should focus on ingredients, and not math (calories, fat, etc.). When you’re looking at the list of ingredients, it’s important to know that the ingredients listed earlier on the label are the most prominent ingredients in the product. In other words if the first ingredient listed is water, 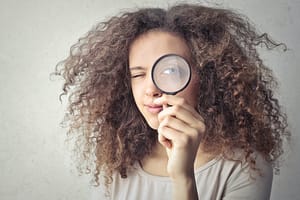 and the last ingredient is milk, there is far more water than milk in the product. In this video, the cereal lists evaporated cane juice (a sweetener) as the second ingredient, meaning it’s a very prominent ingredient in the recipe.

Using this method, you can see that in the Nature’s Path pumpkin cereal, there is actually more sugar than pumpkin in the cereal. Perhaps the product should be called sugar cereal then, instead of pumpkin cereal. How do you think that would impact their sales? Imagine how much less food companies would sell if they had to be honest with us. Unfortunately, they have little motivation to be honest, because the U.S. regulatory body (FDA) allows them to get away with ingredients and tactics that are banned and illegal in other countries.

The cereal featured in this video is organic, and generally, organic products are healthier than conventional ones. However, just because a product is organic, doesn’t mean it’s harmless and has no concerns. In this instance, the concern is with the high amount of sweetener in the product. If a product is organic, you at least know that the produce grown to create the product was not genetically modified and was not sprayed with pesticides. Remember, also, that “All Natural” has no legal definition and means nothing. In other words food companies can (and they do!) put “All Natural” on foods that have several ingredients made in laboratories.

To learn more about dirty tricks used by food companies on their labels, click here.